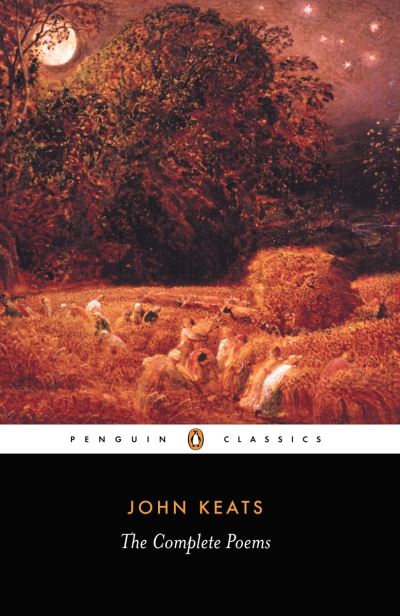 Covering the entire output of an archetypal - and tragically short-lived - romantic genius, the Penguin Classics edition of The Complete Poems of John Keats is edited with an introduction and notes by John Barnard.

Keats's first volume of poems, published in 1817, demonstrated both his belief in the consummate power of poetry and his liberal views. While he was criticized by many for his politics, his immediate circle of friends and family immediately recognized his genius. In his short life he proved to be one of the greatest and most original thinkers of the second generation of Romantic poets, with such poems as 'Ode to a Nightingale', 'Bright Star,' 'The Eve of St Agnes' and 'La Belle Dame sans Merci'. While his writing is illuminated by his exaltation of the imagination and abounds with sensuous descriptions of nature's beauty, it also explores profound philosophical questions.

John Barnard's acclaimed volume contains all the poems known to have been written by Keats, arranged by date of composition. The texts are lightly modernized and are complemented by extensive notes, a comprehensive introduction, an index of classical names, selected extracts from Keats's letters and a number of pieces not widely available, including his annotations to Milton's Paradise Lost.

John Keats (1795-1821) lost both his parents at an early age. His decision to commit himself to poetry, rather than follow a career in medicine, was a personal challenge, unfounded in any prior success. His first volume of poetry, published in 1817, was a critical and commercial failure. During his short life he received little recognition, and it was not until the latter part of the nineteenth century that his place in English Romanticism began to be understood, and not until this century that it became fully appreciated.