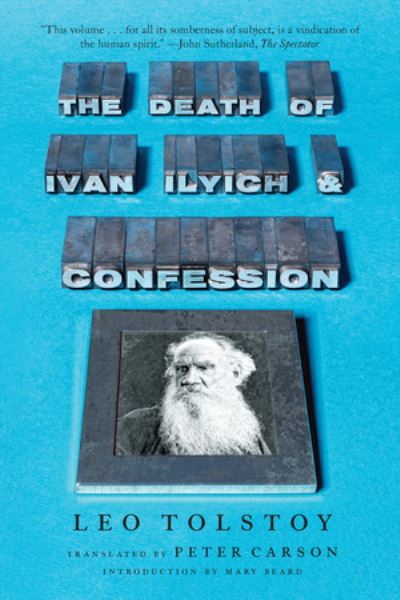 The Death of Ivan Ilyich and Confession

In the last two days of his life, Peter Carson completed these translations of The Death of Ivan Ilyich and Confession before he succumbed to cancer. Carson, the eminent publisher, editor and translator who, in the words of Mary Beard, "had probably more influence on the literary landscape of [Britain] over the past fifty years than any other single person," must have seen the irony of translating Ilyich, Tolstoy's meditation on death and loss, "but he pressed on regardless, apparently refusing to be distracted by the parallel of literature and life." In Carson's shimmering prose, these two transcendent works are presented in their most faithful rendering in English. Unlike previous translations that have smoothed out Tolstoy's rough edges, Carson captures the verisimilitude and psychological realism of the original Russian text.