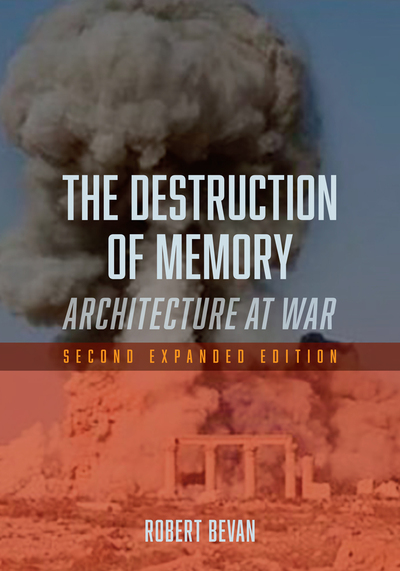 The Destruction of Memory

A decimated Shiite shrine in Iraq. The smoking World Trade Center site. The scorched cityscape of 1945 Dresden. Among the most indelible scars left by war is the destroyed landscapes, and such architectural devastation damages far more than mere buildings. Robert Bevan argues here"that shattered buildings are not merely "collateral damage," but rather calculated acts of cultural annihilation.From Hitler's Kristallnacht to the toppling of Saddam Hussein's statue in the Iraq War, Bevan deftly sifts through military campaigns and their tactics throughout history, and analyzes the cultural impact and catastrophic consequences of architectural destruction. For Bevan, these actions are nothing less than cultural genocide. Ultimately, Bevan forcefully argues for the prosecution of nations that purposely flout established international treaties against destroyed architecture.A passionate and thought-provoking cri de coeur, "The Destruction of Memory "raises questions about the costs of war that run deeper than blood and money."The idea of a global inheritance seems to have fallen by the wayside and lessons that should have long ago been learned are still being recklessly disregarded.This is what makes Bevan's book relevant, even urgent: much of the destruction of which it speaks is still under way. "--"Financial Times Magazine" "The message of Robert Bevan's devastating book is that war is about killing cultures, identities and memories as much as it is about killing people and occupying territory."--"Sunday Times" "As Bevan's fascinating, melancholy book shows, symbolic buildings have long been targeted in and out of war as a particular kind of mnemonic violence against those to whom they are special."--"The Guardian"