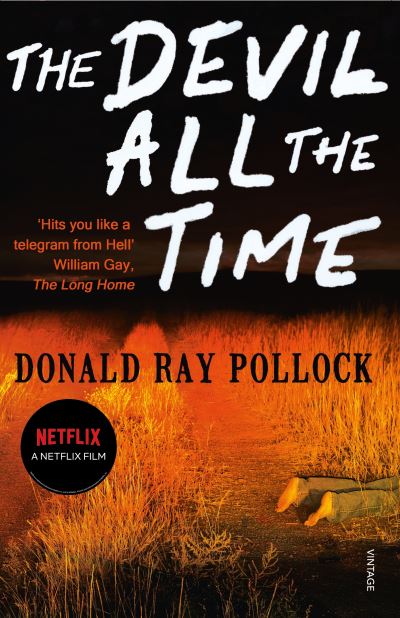 The Devil All the Time

'Some people were born just so they could be buried'

In Knockemstiff, Ohio, war veteran Willard can't save his beautiful wife, Charlotte, from a slow death by cancer no matter how much sacrificial blood he pours on his 'prayer log'.

Preacher Roy and his crippled virtuoso-guitar-playing sidekick are running from the law.

And caught in the middle of all this is Arvin, Willard and Charlotte's orphaned son, looking for answers....