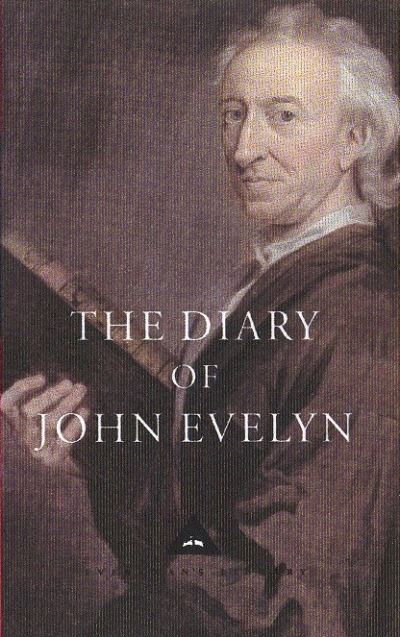 The Diary of John Evelyn

Sometimes overshadowed by his friend and contemporary, Samuel Pepys, Evelyn is the other great English diarist. He was a scholar, a scientific amateur, a garden designer and architect, and a founder member of the Royal Society who published a magisterial book about trees, Sylva, and many pamphlets on assorted subjects.
His great interest as a diarist is that he was privy to all the great men and events of his very long life, from the execution of Charles I to the accession of Queen Anne, whereas Pepys writes of a relatively short period. A personal friend of Charles II, he observed at close quarters- and with some disapproval- that monarch's amorous life, and the diaries contain vivid portraits of Nell Gwynn, other royal mistresses and their children. The personalities of James II, the Dukes of Monmouth and Marlborough, and Judge Jeffreys, also figure largely.
But this is more than a social record. As a valued administrator, Evelyn was also involved with many serious projects, such as combating the Plague, and rebuilding London after the Great Fire - an enterprise which brought him close to Christopher Wren.
In all, a vivid portrait of the social, personal and political life of a society in ferment by one of its major players.