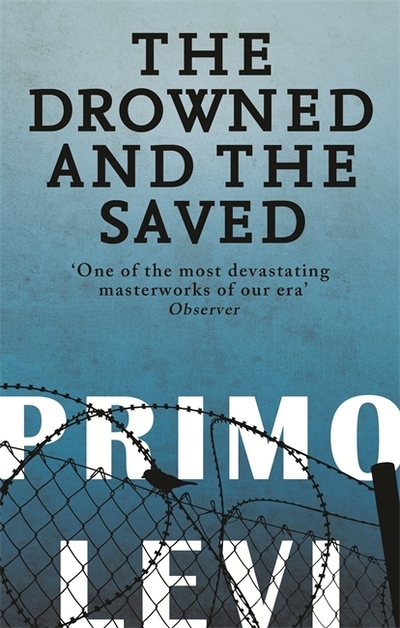 The Drowned And The Saved

Shortly after completing The Drowned and the Saved, Primo Levi committed suicide. The manner of his death was sudden, violent and unpremeditated, and there are some who argue that he kiled himself because he was tormented by guilt - guilt that he had survived the horrors of Auschwitz while others, better than he, had gone to the wall.

'The Drowned and the Saved dispels the myth that Primo Levi forgave the Germans for what they did to his people. He didn't, and couldn't forgive. He refused, however, to indulge in what he called "the bestial vice of hatred" which is an entirely different matter. The voice that sounds in his writing is that of a reasonable man . . . it warns and reminds us that the unimaginable can happen again. A would-be tyrant is waiting in the wings, with "beautiful words" on his lips. The book is constantly impressing on us the need to learn from the past, to make sense of the senseless' - Paul Bailey