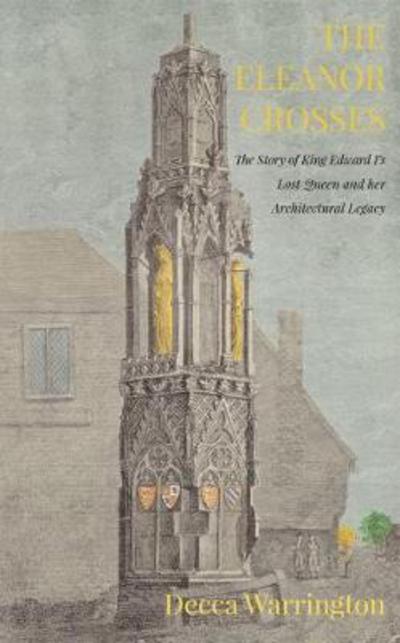 The Eleanor Crosses begins in November 1290 with the untimely death in a Lincolnshire village of Queen Eleanor of Castile, beloved consort of King Edward I of England. A sombre journey of more than 200 miles must follow, to transport the queen's body to Westminster for burial -- the devastated king leading the way, walking beside the coffin of his all but constant companion during 36 years of marriage. With seasonal conditions adding even more miles to the cortege's route, the king determines that this journey will never be forgotten. He envisages a building project of unprecedented scale and imagination: the construction of an elaborate stone cross at the journey's start and at all eleven nightly stopping places, ending at the Thames-side village of Charing, in what is now the centre of London... Duly built, these crosses served as focal points for prayers for the queen's departed soul. They were also artistic masterpieces, the fruit of the skills of the finest craftsmen of the age. Today only three of the original twelve survive, but each cross has had its own story. Together they reveal much about major changes at key periods in British history, religious conflict, civil war and world war, as well as shifts in attitudes to the past. In The Eleanor Crosses, Decca Warrington tells this tale of survival and continuity over seven centuries, and also offers a new perspective on the remarkable life and death of the nowadays little-known queen whose legacy they are -- Eleanor of Castile, the woman who won the heart of one of England's most forceful and charismatic kings.