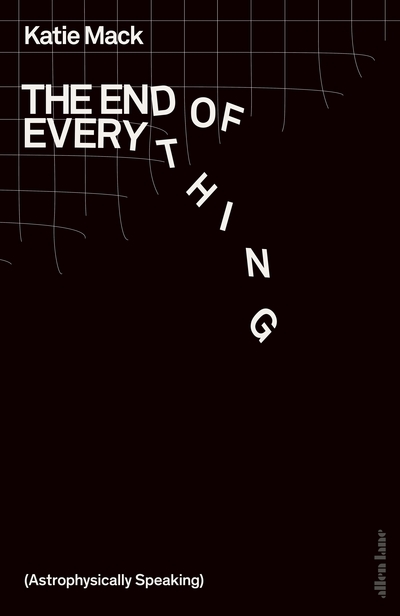 The End of Everything

NAMED A BEST BOOK OF THE YEAR BY THE ECONOMIST, OBSERVER, NEW SCIENTIST, BBC FOCUS, INDEPENDENT AND WASHINGTON POST

'A rollicking tour of the wildest physics. . . Like an animated discussion with your favourite quirky and brilliant professor' Leah Crane, New Scientist

From one of the most dynamic rising stars in astrophysics, an eye-opening look at five ways the universe could end, and the mind-blowing lessons each scenario reveals about the most important ideas in cosmology

We know the universe had a beginning. But what happens at the end of the story?

With lively wit and wry humour, astrophysicist Katie Mack takes us on a mind-bending tour through each of the cosmos' possible finales: the Big Crunch, Heat Death, Vacuum Decay, the Big Rip and the Bounce. Guiding us through major concepts in quantum mechanics, cosmology, string theory and much more, she describes how small tweaks to our incomplete understanding of reality can result in starkly different futures. Our universe could collapse in upon itself, or rip itself apart, or even - in the next five minutes - succumb to an inescapable expanding bubble of doom.

This captivating story of cosmic escapism examines a mesmerizing yet unfamiliar physics landscape while sharing the excitement a leading astrophysicist feels when thinking about the universe and our place in it. Amid stellar explosions and bouncing universes, Mack shows that even though we puny humans have no chance of changing how it all ends, we can at least begin to understand it.

The End of Everything is a wildly fun, surprisingly upbeat ride to the farthest reaches of all that we know.