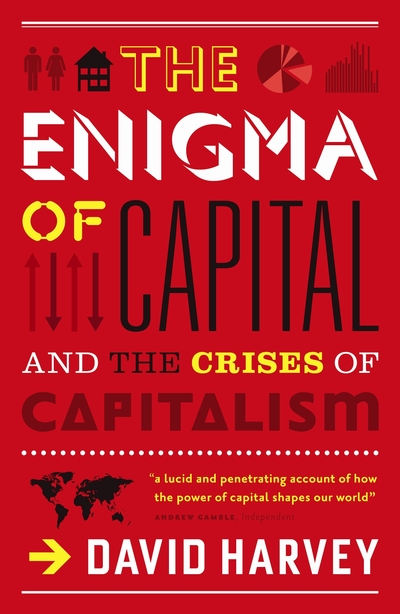 The Enigma of Capital

For three centuries the capitalist system has shaped western society, informed its rulers, and conditioned the lives of its people. Has the time come to move beyond it? Using his unrivalled knowledge of the subject, Harvey lays bare the follies of the international financial system, looking at the nature of capitalism, how it works and why sometimes it doesn't. He examines the vast flows of money that surge round the world in daily volumes well in excess of the sum of all its economies. He looks at the cycles of boom and bust in the world's housing and stock markets and shows that periodic episodes of meltdown are not only inevitable in the capitalist system but essential to its survival. The Enigma of Capital is a timely call-to-arms for the end of the capitalism, and makes a compelling case for a new social order that would allow us to live within a system that could be responsible, just and humane