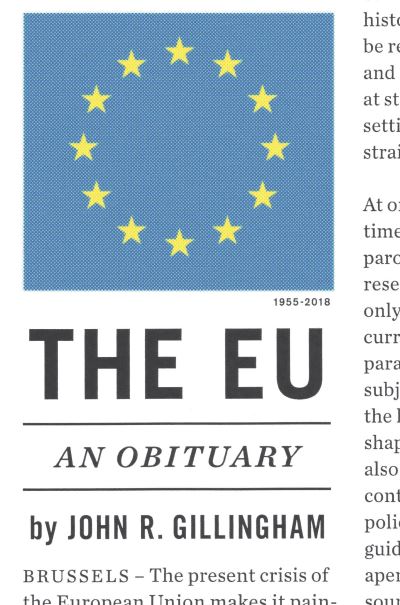 With Britain leaving the EU, now is the time for an obituary for the EU as an institution. In this short, rigorously argued book, updated after Brexit, John R. Gillingham tells the history of an idea that has soured and withered away. He reveals the failures from its postwar origins to set out what the EU was; the role that Delors played in creating the neoliberal monster it is today, and the contemporary - crises; refugees, Brexit, the Euro - that the current institution fails to deal with.