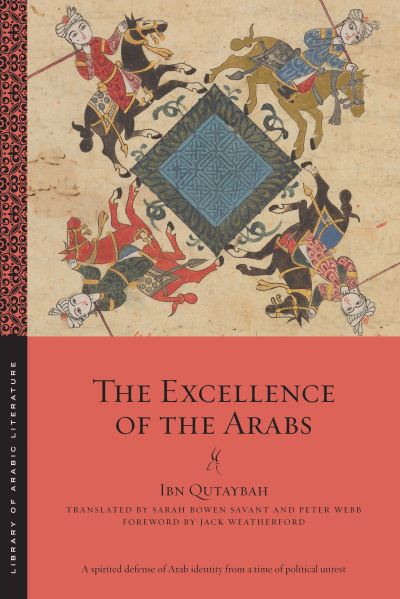 The Excellence of the Arabs

The Excellence of the Arabs is a spirited defense of Arab identity-its merits, values, and origins-at a time of political unrest and fragmentation, written by one of the most important scholars of the early Abbasid era.

In the cosmopolitan milieu of Baghdad, the social prestige attached to claims of being Arab had begun to decline. Although his own family originally hailed from Merv in the east, Ibn Qutaybah locks horns with those members of his society who belittled Arabness and vaunted the glories of Persian heritage and culture. Instead, he upholds the status of Arabs and their heritage in the face of criticism and uncertainty.

The Excellence of the Arabs is in two parts. In the first, Arab Preeminence, which takes the form of an extended argument for Arab privilege, Ibn Qutaybah accuses his opponents of blasphemous envy. In the second, The Excellence of Arab Learning, he describes the fields of knowledge in which he believed pre-Islamic Arabians excelled, including knowledge of the stars, divination, horse husbandry, and poetry. And by incorporating extensive excerpts from the poetic heritage-"the archive of the Arabs"-Ibn Qutaybah aims to demonstrate that poetry is itself sufficient corroboration of Arab superiority.

Eloquent and forceful, The Excellence of the Arabs addresses a central question at a time of great social flux at the dawn of classical Muslim civilization: what did it mean to be Arab?