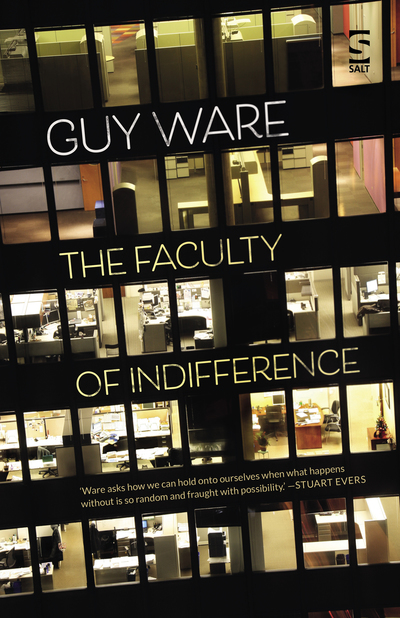 The Faculty of Indifference

This is what a bad day looks like: a day when something happens.Robert Exley works for the Faculty: he spends his life making sure that nothing ever happens. In counter-terrorism, that's your job. His wife worked there, too. She's been dead for years, but somehow she's never far away. Now their bookish son is leaving home. He writes an encrypted journal Exley feels obliged to decode, to read the things they cannot talk about. When Exley takes on a colleague's case, it leads to a flat full of explosives, guns and cash. The trouble is, it's the wrong flat. And when Exley finds a man in an orange jumpsuit shackled to the floor deep beneath the Faculty's offices, everything he thinks he knows turns inside out. Mixing Beckett and St Augustine, prison diaries, Japanese Go and Greek tragedy, The Faculty of Indifference is a profoundly black comedy about torture, boredom, suicide and love. Trapped in the moment between an intolerable past and so much worse to come, Exley finds there's nothing he can do but live.