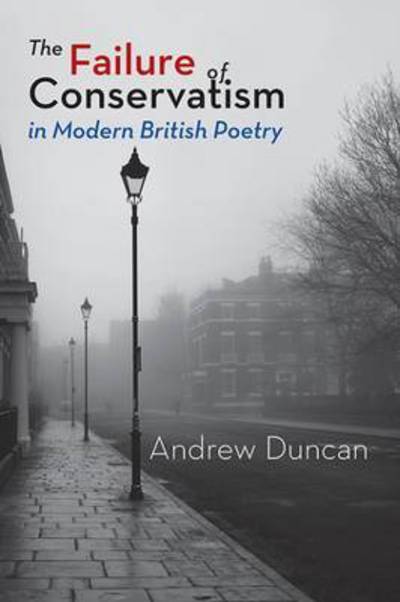 The Failure of Conservatism in Modern British Poetry

This volume starts from the key misrepresentation of orthodox poetry criticism, that the conservative is also the new, and sets out to define the whole British complex of refusing to innovate. In the attempt to set up publicly accountable criteria for what counts as new, the book goes through the whole period from the 1950s to the mid-1990s, identifying what the stylistic innovations were at each point. Naturally, in such a culturally rich era, not every significant poet or work can be mentioned. We present the 1950s as an era of conservative reaction and occupation of the institutions by a new stratum, whose self-regard is locked up with verbal gestures as "status objects". We go on to the 1960s as a moment where a certain fear of the past brought immediacy, hedonism, simultaneity, immersion, spontaneity, montage, direct address. Then, in the late 60s, Utopian project: When the faint star does take/ us into the deeper parts of the night. The imaginary space engulfing all poetic space, between divination and navigation. In the 1970s, there is the classic era of modern poetry, as the innovations are made to work. Then in the 1980s we see how a restorative taste sealed off the penetration of the new. The next chapter attempts to define the whole phenomenon of poetic conservatism, the feeling that only old and familiar things offer wholeness, and that ideas utterly prevent pleasure. A final chapter stumbles into the field of what isn't clear yet, and what hasn't even happened yet, in order to flourish the names of poets to whom the future may belong.