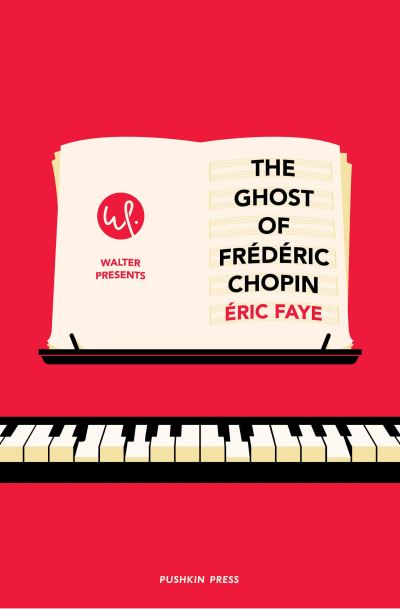 The Ghost of Frederic Chopin

Prague, 1995: journalist Ludvik Slany is assigned to make a documentary about a truly bizarre case. Vera Foltynova, a middle-aged woman with no musical training, claims she has been visited by the ghost of great composer Frederic Chopin - and that he has been dictating dozens of compositions to her, to allow the world to hear the sublime music he was unable to create in his own short life. With media and recording companies taking the bait, Ludvik enlists the help of ex-Communist secret police agent Pavel Cerny? to expose Vera as a fraud. Soon, however, doubt creeps in, as he finds himself irrationally drawn towards this unassuming woman and the eerily beautiful music she plays. Could he be witnessing a true miracle? An intricately plotted mystery imbued with the dusky atmosphere of autumnal Prague, The Ghost of Frederic Chopin is an engrossing story of art, faith and the quiet accompaniment of the past.