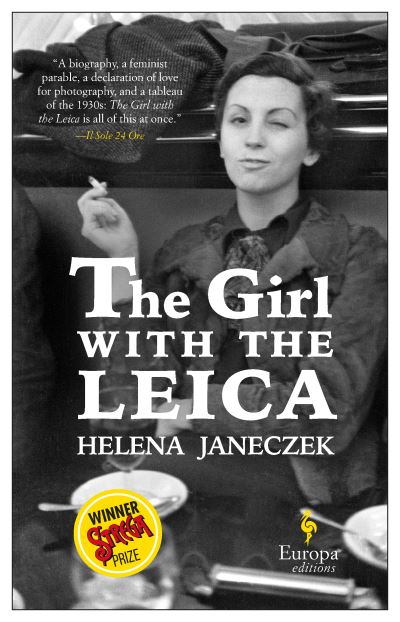 The Girl with the Leica

1st August 1937. A parade of red flags marches through Paris. It is the funeral procession for Gerda Taro, the first female photographer to be killed on a battlefield. Robert Capa, who leads the procession, is devastated. They have been happy together: he taught her how to use the Leica before they left together to fight in the Spanish Civil War. Other figures from Gerda's past are in the crowd: Ruth Cerf, her friend from Leipzig, who shared the hardships of their first years in Paris after feeling from Germany; Willy Chardack, who resigned himself to the role of loyal companion after Gerda snubbed him for Georg Kuritzkes, a fighter in the International Brigades. For all of them, Gerda will remain a stronger and more vivid presence than her image of anti-fascist heroine. It is her who binds together a narrative spanning distant times and places, bringing back to life the snapshots of these young people and the challenges they faced in the 1930s, from economic depression to the rise of nazism, to the hostility towards refugees in France. But for those who loved her, those young years would remain a time when, as long as Gerda was alive, everything seemed possible.