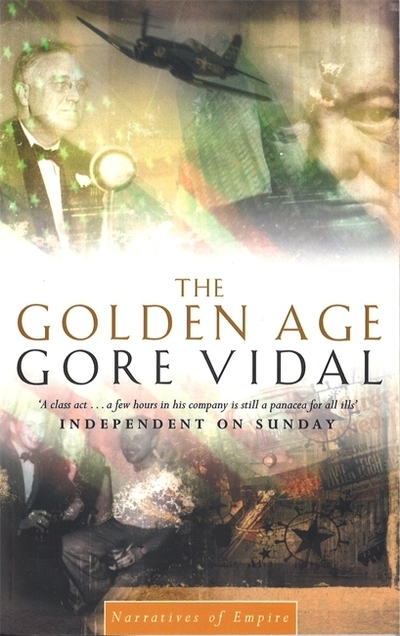 THE GOLDEN AGE is the final, eponymous novel that brings to an end what Gabriel Garcia Marquez has called 'Gore Vidal's magnificent series of historical novels or novelised histories', NARRATIVES OF EMPIRE. Like a latter day Anthony Trollope, Vidal masterfully balances the personal with the political, the invented with the historical fact. His heroine from Hollywood, Caroline Sanford, reappears in Washington as President Roosevelt schemes to get the USA into the war by provoking the Japanese. In the novel's ten year span America is master of the globe, with Japan and Europe as colony and dependency under her empire. Against this backdrop there is a glittering explosion in the arts (we see the likes of Lowell, Bernstein and Tennessee Williams and witness the opening night of A STREETCAR NAMED DESIRE). But by 1950 and the coming of the Korean War, the Golden Age is over. For the reader who wants to be informed as well as vastly entertained about the last two hundred years of American history there could be no better place to start than with Vidal's NARRATIVES.