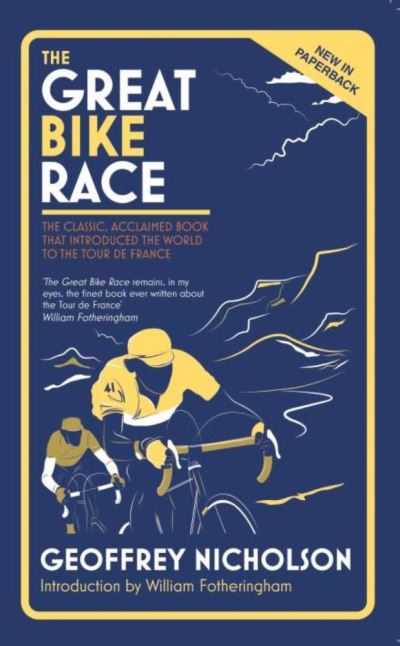 "If Alpe d'Huez was a rigorous climb, with its mathematical progression of tight corners and steep inclines, the Izoard is far more awesome, a rocky wilderness at 7,743 feet, which needs only a few bleached skulls at the roadside to complete its sense of desolation." Geoffrey Nicholson's The Great Bike Race is universally revered by modern cycling critics as the benchmark English-language volume of the sport and has risen to mythical status. It was the first book in English to tell the entire story of a full tour and truly captivates the reader from start to finish. Nicholson's classic, vivid descriptions of the racing, the personalities, tactics and intrigues of the 1976 race are rotated with insightful thematic chapters where he lifts the lid on the broader culture and lengthy traditions of cycling's most famous race and the greatest annual sports event in the world.