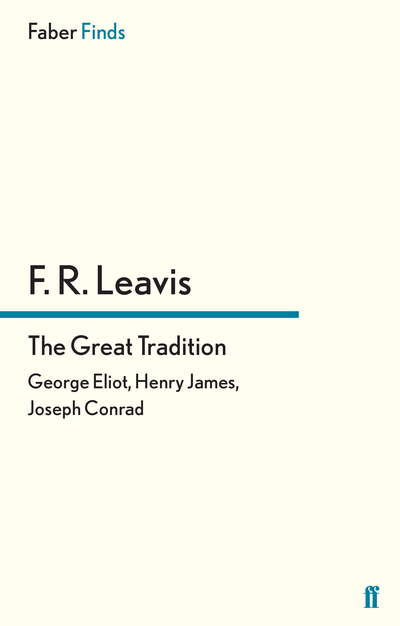 'The great English novelists are Jane Austen, George Eliot, Henry James and Joseph Conrad.' So begins F. R. Leavis's most controversial book, The Great Tradition, an uncompromising critical-polemical survey of English fiction, first published in 1948. Leavis makes his case for moral seriousness as the necessary criterion for an author's inclusion in any list of the finest novelists. In the course of his argument he adds D. H. Lawrence to the pantheon, and singles out Hard Times as Dickens' one 'completely serious work of art'; while Lawrence Sterne, Henry Fielding, and James Joyce are among those weighed in the balance and found wanting. '[Leavis] gave one a new idea of what it meant to read... the whole business of criticism acquired a new and exhilarating quality.' Frank Kermode, London Review of Books