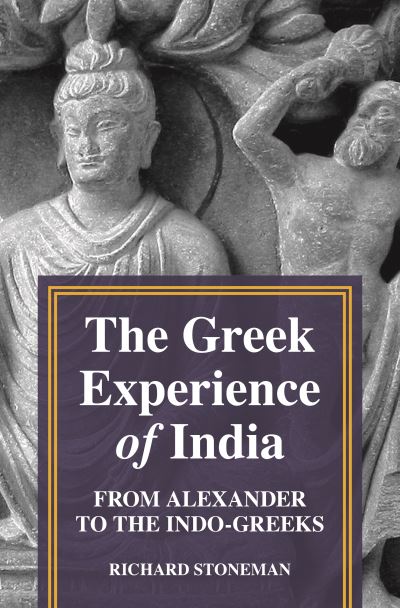 The Greek Experience of India

When the Greeks and Macedonians in Alexander's army reached India in 326 BCE, they entered a new and strange world. They knew a few legends and travelers' tales, but their categories of thought were inadequate to encompass what they witnessed. The plants were unrecognizable, their properties unknown. The customs of the people were various and puzzling. While Alexander's conquest was brief, ending with his death in 323 BCE, the Greeks would settle in the Indian region for the next two centuries, forging an era of productive interactions between the two cultures. The Greek Experience of India explores the various ways that the Greeks reacted to and constructed life in India during this fruitful period.

From observations about botany and mythology to social customs, Richard Stoneman examines the surviving evidence of those who traveled to India. Most particularly, he offers a full and valuable look at Megasthenes, ambassador of the King Seleucus to Chandragupta Maurya, and provides a detailed discussion of Megasthenes' now-fragmentary book Indica. Stoneman considers the art, literature, and philosophy of the Indo-Greek kingdom and how cultural influences crossed in both directions, with the Greeks introducing their writing, coinage, and sculptural and architectural forms, while Greek craftsmen learned to work with new materials such as ivory and stucco and to probe the ideas of Buddhists and other ascetics.

Relying on an impressively wide variety of sources from the Indian subcontinent, The Greek Experience of India is a masterful account of the encounters between two remarkable civilizations.