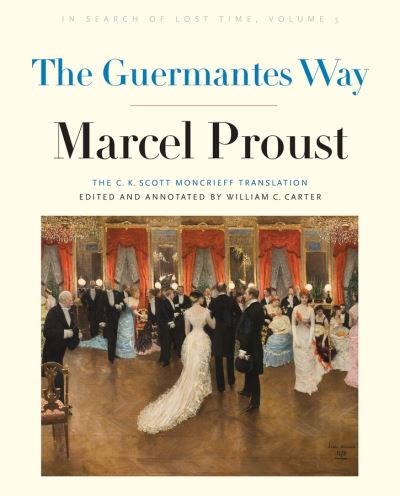 An authoritative new edition of the third volume in Marcel Proust's epic masterwork, In Search of Lost Time

Marcel Proust's monumental seven-part novel In Search of Lost Time is considered by many to be the greatest novel of the twentieth century. This edition of volume three, The Guermantes Way, is edited and annotated by noted Proust scholar William C. Carter, who endeavors to bring the classic C. K. Scott Moncrieff translation closer to the spirit and style of the author's original text.

Continuing the story begun in Swann's Way and continued in In the Shadow of Young Girls in Flower, The Guermantes Way follows Proust's young protagonist as he advances through aristocratic French society in late-nineteenth-century Paris. A departure from the intimacy of the sprawling novel's previous two installments, part three unfolds against a colorful backdrop of Parisian life, moving from literary salon to opulent social gathering to provide a biting and satirical commentary on culture, human foibles, the ways of the world, and the irretrievable loss of time.