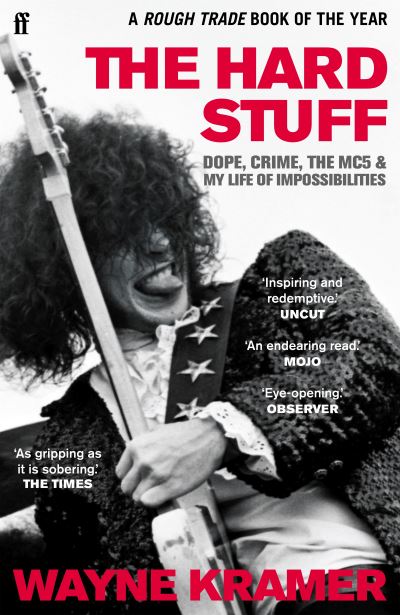 A ROUGH TRADE BOOK OF THE YEAR Wayne Kramer, legendary guitarist and co-founder of quintessential Detroit proto-punk legends The MC5, tells his story in The Hard Stuff. 'As gripping as it is sobering.' THE TIMES 'Voyerustically dramatic.' NEW YORK TIMES 'Eye-opening.' GUARDIAN 'One of rock's most engaging and readable memoirs.' ROLLING STONE 'Inspiring and redempetive.' UNCUT 'An endearing read.' MOJO Led by legendary guitarist Wayne Kramer, The MC5 was a reflection of the times: exciting, sexy, violent, out of control - assuring their time in the spotlight would be short-lived. Kramer's story is a revolutionary one, but it is also the deeply personal struggle of an addict and an artist. From the glory days of Detroit to the junk-sick streets of the East Village, from Key West to Nashville and sunny Los Angeles, in and out of prison and on and off of drugs, his is the classic journeyman narrative, but with a twist: he's here to remind us that revolution is always an option.