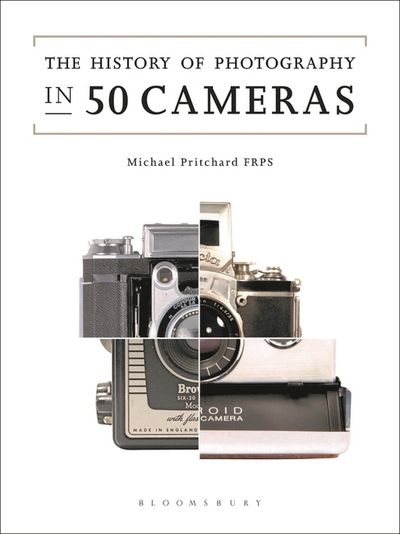 The History of Photography in 50 Cameras

The history of photography, perhaps more so than any other art, is a history of technology that is best revealed in the very vehicle that makes it possible - the camera. Through a selection of fifty landmark cameras, Michael Pritchard tells the story of this ground-breaking piece of equipment that changed the way we saw the world around us. Beginning with Louis Daguerre's daguerreotype of 1839, other entries include the Brownie (1900), the Kodak Instamatic 100 (1963), the Polaroid SX-70 (1972), right up to the Canon EOS 5D Mark III (2012) and the Nokia Lumia camera phone (2013). Illustrations show not only the cameras themselves but also the advertising material that accompanied them and some of the well-known images they were used to take. Each camera is used as a point of entry to talk about the people who created and used them and the kind of photos they produced, from Weegee and his Speed Graphic to Cartier-Bresson and the Leica's role in the invention of photojournalism. In the hands of individual photographers, different cameras came to represent unique styles of depiction. Together, the stories of the fifty cameras gathered here present an approachable and informative take on a medium that continues to fire the imagination, whether we're perfecting the selfie using the modern camera-phone or longing for the days of Fotomat.