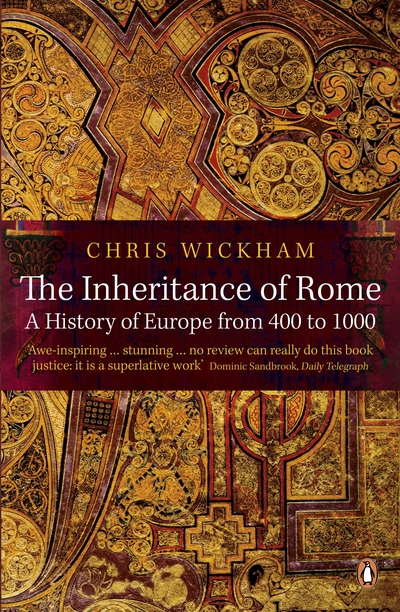 The Inheritance of Rome

'The Penguin History of Europe series ... is one of contemporary publishing's great projects' New Statesman

The world known as the 'Dark Ages', often seen as a time of barbarism, was in fact the crucible in which modern Europe would be created.

Chris Wickham's acclaimed history shows how this period, encompassing peoples such as Goths, Franks, Vandals, Byzantines, Arabs, Anglo-Saxons and Vikings, was central to the development of our history and culture. From the collapse of the Roman Empire to the establishment of new European states, and from Ireland to Constantinople, the Baltic to the Mediterranean, this landmark work makes sense of a time of invasion and turbulence, but also of continuity, creativity and achievement.