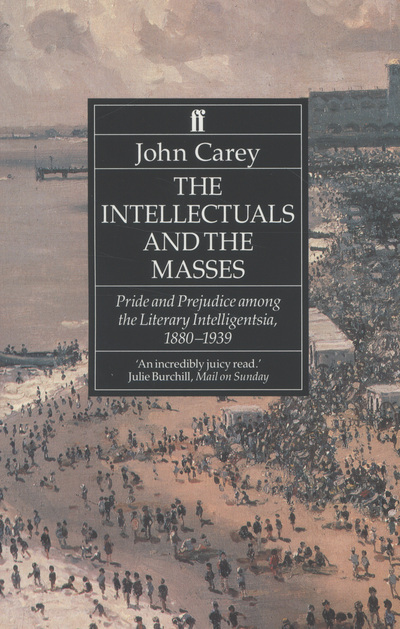 The Intellectuals and the Masses

Professor John Carey shows how early twentieth-century intellectuals imagined the 'masses' as semi-human swarms, drugged by popular newspapers and cinema, and ripe for extermination. Exposing the revulsion from common humanity in George Bernard Shaw, Ezra Pound, D. H. Lawrence, E. M. Forster, Virginia Woolf, H. G. Wells, Aldous Huxley, W. B. Yeats and other canonized writers, he relates this to the cult of the Nietzschean Superman, which found its ultimate exponent in Hitler. Carey's assault on the founders of modern culture caused consternation throughout the artistic and academic establishments when it was first published in 1992.