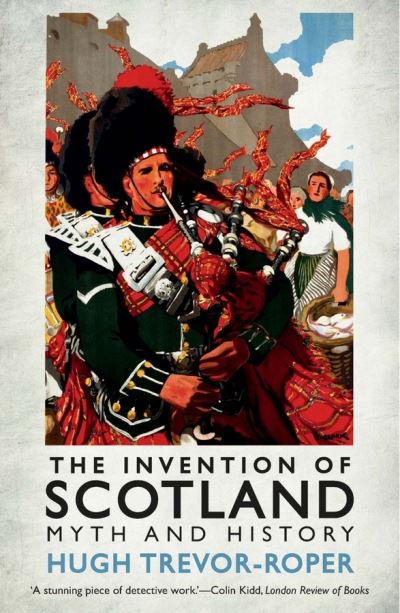 The Invention of Scotland

This revised and updated book argues that while Anglo-Saxon culture has given rise to virtually no myths at all, myth has played a central role in the historical development of Scottish identity. Trevor-Roper explores three myths across 400 years of Scottish history: the political myth of the 'ancient constitution' of Scotland; the literary myth, including Walter Scott as well as Ossian and ancient poetry; and the sartorial myth of tartan and the kilt, invented - ironically by Englishmen - in quite modern times. Trevor-Roper reveals myth to be an often deliberate cultural construction used to enshrine a people's identity. While his treatment of Scottish myth is highly critical, indeed debunking, he shows how the ritualisation and domestication of Scotland's myths as local colour diverted the Scottish intelligentsia from the path that led German intellectuals to a dangerous myth of racial supremacy. This compelling script was left unpublished on Trevor-Roper's death in 2003 and is now made available for the first time. Written with characteristic elegance, lucidity and wit, and containing defiant and challenging opinions, it will absorb and provoke Scottish readers and intrigue many others.

"I believe that the whole history of Scotland has been coloured by myth; and that myth, in Scotland, is never driven out by reality, or by reason, but lingers on until another myth has been discovered, or elaborated, to replace it."-Hugh Trevor-Roper