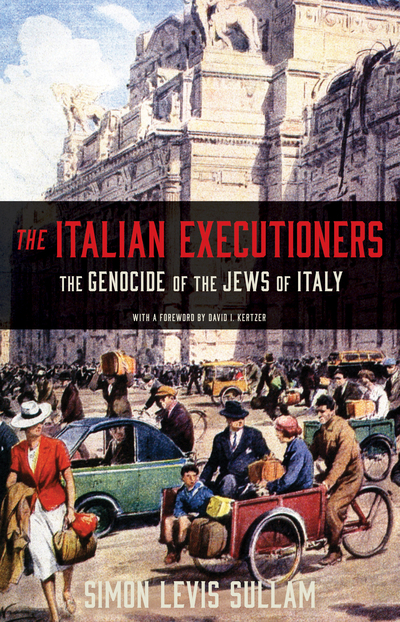 In this gripping revisionist history of Italy's role in the Holocaust, Simon Levis Sullam presents an unforgettable account of how ordinary Italians actively participated in the deportation of Italy's Jews between 1943 and 1945, when Mussolini's collaborationist republic was under German occupation. While most historians have long described Italians as relatively protective of Jews during this time, The Italian Executioners tells a very different story, recounting in vivid detail the shocking events of a period in which Italians set in motion almost half the arrests that sent their Jewish compatriots to Auschwitz.

This brief, beautifully written narrative shines a harsh spotlight on those who turned on their Jewish fellow citizens. These collaborators ranged from petty informers to Fascist intellectuals-and their motives ran from greed to ideology. Drawing insights from Holocaust and genocide studies and combining a historian's rigor with a novelist's gift for scene-setting, Levis Sullam takes us into Italian cities large and small, from Florence and Venice to Brescia, showing how events played out in each. Re-creating betrayals and arrests, he draws indelible portraits of victims and perpetrators alike.

Along the way, Levis Sullam dismantles the seductive popular myth of italiani brava gente-the "good Italians" who sheltered their Jewish compatriots from harm. The result is an essential correction to a widespread misconception of the Holocaust in Italy. In collaboration with the Nazis, and with different degrees and forms of involvement, the Italians were guilty of genocide.