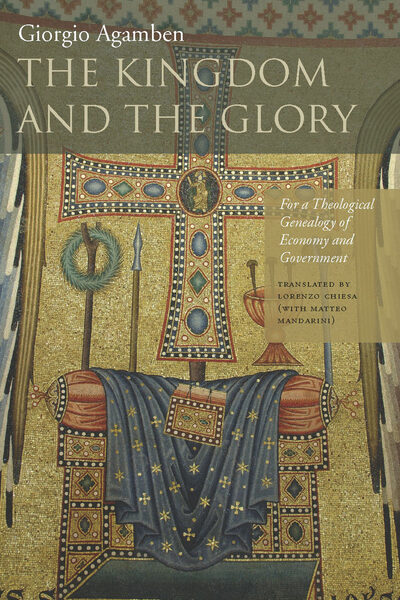 The Kingdom and the Glory

Why has power in the West assumed the form of an "economy," that is, of a government of men and things? If power is essentially government, why does it need glory, that is, the ceremonial and liturgical apparatus that has always accompanied it?


In the early centuries of the Church, in order to reconcile monotheism with God's threefold nature, the doctrine of Trinity was introduced in the guise of an economy of divine life. It was as if the Trinity amounted to nothing more than a problem of managing and governing the heavenly house and the world. Agamben shows that, when combined with the idea of providence, this theological-economic paradigm unexpectedly lies at the origin of many of the most important categories of modern politics, from the democratic theory of the division of powers to the strategic doctrine of collateral damage, from the invisible hand of Smith's liberalism to ideas of order and security.


But the greatest novelty to emerge from The Kingdom and the Glory is that modern power is not only government but also glory, and that the ceremonial, liturgical, and acclamatory aspects that we have regarded as vestiges of the past actually constitute the basis of Western power. Through a fascinating analysis of liturgical acclamations and ceremonial symbols of power-the throne, the crown, purple cloth, the Fasces, and more-Agamben develops an original genealogy that illuminates the startling function of consent and of the media in modern democracies. With this book, the work begun with Homo Sacer reaches a decisive point, profoundly challenging and renewing our vision of politics.