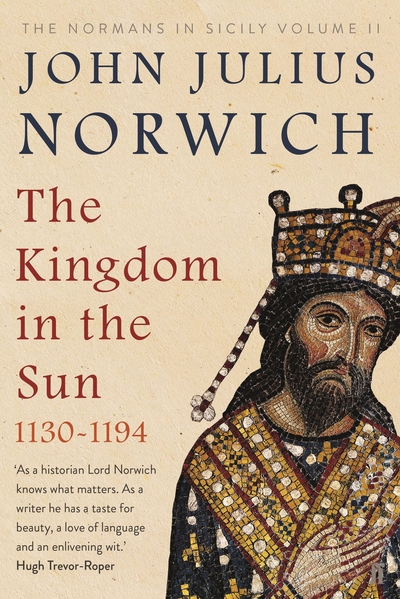 When on Christmas Day, 1130, Roger de Hauteville was crowned first King of Sicily, the island entered a golden age. Norman and Italian, Greek and Arab, Lombard, Englishman and Jew all contributed to a culture that was fantastically cosmopolitan; and to an atmosphere of racial and religious toleration unparalleled in Europe. But sixty-four years later, to the day, when the bastard King Tancred was defeated, the sun set on the Sicilian Kingdom. In this second volume of John Julius Norwich's scintillating history of the Normans in Sicily, Norwich describes the 'happiest and most glorious chapter of the island's history.'