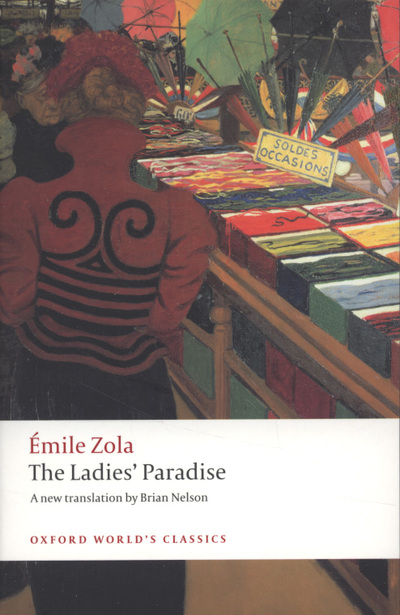 The Ladies' Paradise (Au Bonheur des Dames) recounts the spectacular development of the modern department store in late nineteenth century Paris. The store is a symbol of capitalism, of the modern city, and of the bourgeois family; it is emblematic of consumer culture and the changes in sexual attitudes and class relations taking place at the end of the century. Octave Mouret, the store's owner-manager, masterfully exploits the desires of his female customers. In his private life as much as in business he is the great seducer. But when he falls in love with the innocent Denise Baudu, he discovers she is the only one of the salesgirls who refuses to be commodified. This new translation of the eleventh book in the Rougon-Macquart cycle captures the spirit of one of Zola's greatest novels of the modern city. ABOUT THE SERIES: For over 100 years Oxford World's Classics has made available the widest range of literature from around the globe. Each affordable volume reflects Oxford's commitment to scholarship, providing the most accurate text plus a wealth of other valuable features, including expert introductions by leading authorities, helpful notes to clarify the text, up-to-date bibliographies for further study, and much more.