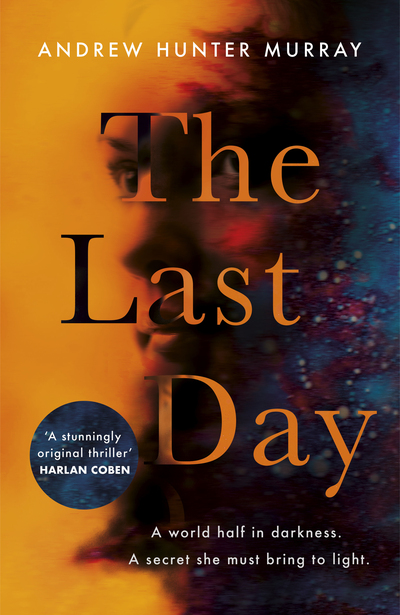 One half suffers an endless frozen night; the other, nothing but burning sun.

Only in a slim twilit region between them can life survive.

In an isolationist Britain, scientist Ellen Hopper receives a letter from a dying man.

It contains a powerful and dangerous secret.

'A tantalizing, suspenseful odyssey of frustration, deceit, treachery, torture, hope, despair and ingenious sleuthing... Murray has so thoroughly thought through the ramifications of his conceit and conjured up such a dramatic plot and stellar cast of characters that he might have set a new standard for such tales.'
WASHINGTON POST

'A stunningly original thriller set in the world of tomorrow that will make you think about what's happening today.'
HARLAN COBEN

'I read this hungrily ... Its intelligence and bravura characterisation will have you turning page after page. A fabulous achievement.'
STEPHEN FRY

'A brilliant debut ... Fans of Robert Harris will love it'
DAILY EXPRESS

'In his fascinating debut, Murray has crafted something original ... an interesting new twist on a post-apocalyptic tale.'
KIRKUS

'Downright impossible to stop reading. The science is believable, the near-future world feels as real as our own, the characters are lively, and the plot is suspenseful. A near-perfect alternate-future thriller.'
BOOKLIST

'A thrilling page-turner, and a reminder to treasure our sunsets and sunrises while we still have them. I couldn't put this book down!'
CHRISTINA DALCHER, author of VOX

'Brilliant debut novel . . . The dystopian world is incredibly well realised, the characters are well drawn and the plot is nail-bitingly tense'
IRISH TIMES

'I loved the premise of this high-concept thriller ... a compelling read with some well-placed observations on the darkness of human nature and survival. The Last Day will keep you gripped to the very last page'
C.J. TUDOR