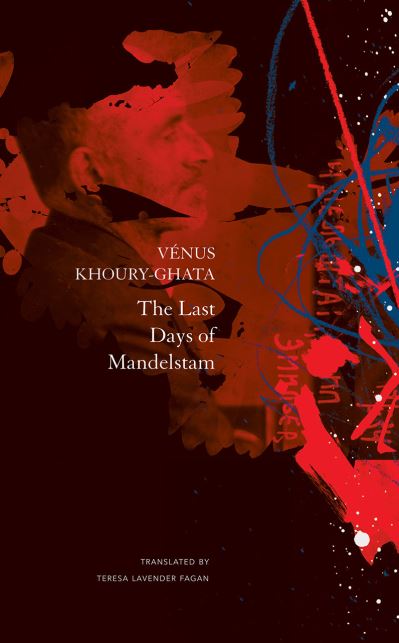 The Last Days of Mandelstam

The year is 1938. The great Russian poet and essayist Osip Mandelstam is forty-seven years old and is dying in a transit camp near Vladivostok after having been arrested by Stalin's government during the repression of the 1930s and sent into exile with his wife. Stalin, "the Kremlin mountaineer, murderer, and peasant-slayer," is undoubtedly responsible for his fatal decline. From the depths of his prison cell, lost in a world full of ghosts, Mandelstam sees scenes from his life pass before him: constant hunger, living hand to mouth, relying on the assistance of sympathetic friends, shunned by others, four decades of creation and struggle, alongside his beloved wife Nadezhda, and his contemporaries Anna Akhmatova, Marina Tsvetaeva, Boris Pasternak, and many others.

With her sensitive prose and innate sense of drama, French-Lebanese writer Venus Khoury-Ghata brings Mandelstam back to life and allows him to have the last word-proving that literature is one of the surest means to fight against barbarism.