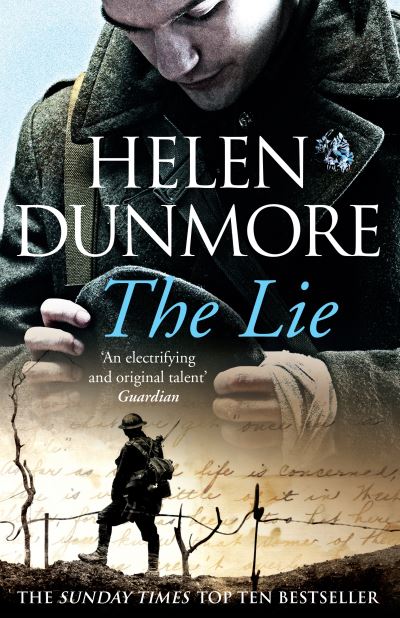 Nominated for the Folio Prize and shortlisted for the Walter Scott Prize for Historial Fiction, and the Royal Society of Literature Ondaatje Prize.

Set during and just after the First World War, The Lie is an enthralling, heart-wrenching novel of love, memory and devastating loss by one of the UK's most acclaimed storytellers.

A young man stands on a headland, looking out to sea. He is back from the war, homeless and without family.

Behind him lie the mud, barbed-wire entanglements and terror of the trenches. Behind him is also the most intense relationship of his life.

Daniel has survived, but the horror and passion of the past seem more real than the quiet fields around him.

He is about to step into the unknown. But will he ever be able to escape the terrible, unforeseen consequences of a lie?