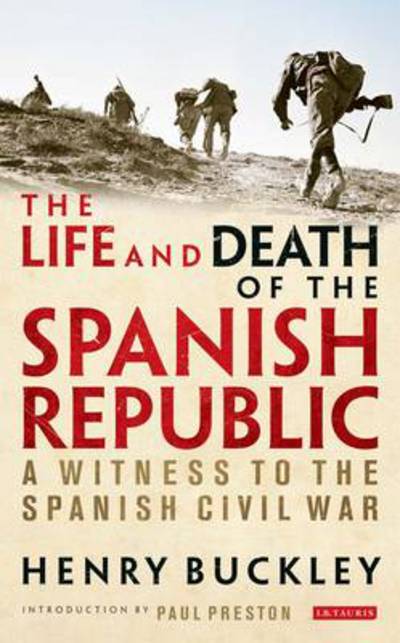 The Life and Death of the Spanish Republic

In 1940, Daily Telegraph correspondent Henry Buckley published his eyewitness account of his experiences reporting form the Spanish Civil War. The copies of the book, stored in a warehouse in London, were destroyed during the Blitz and only a handful of copies of his unique chronicle were saved. Now, seventy years after its first publication, this exceptional eyewitness account of the war is republished with a new introduction by Paul Preston. The Life and Death of the Spanish Republic is a unique account of Spanish politics throughout the entire life of the Second Republic, from its foundation of 14 April 1931 to its defeat at the end of March 1939, combining personal recollections of meetings with the great politicians of the day with eyewitness accounts of dramatic events. Buckley arrived in Spain prior to the outbreak of the war and was one of the few correspondents reporting on the conflict who had an in-depth knowledge and understanding of Spain - its people, politics and culture. Well acquainted with the major protagonists from the conflict, he particularly admired Dr Juan Negrin, the wartime Socialist premier, but was utterly bowled over by 'La Pasionaria', the Communist orator Dolores Ibarruri. He was also a good friend of Ernest Hemingway and the renowned photographer Robert Capa. This important book is one fo the most enduring records of the Spanish Republic and the civil war and a monumental testimony to Buckley's work as a correspondent. Providing a fascinating portrait of a crucial decade of contemporary Spanish history, and based on an abundance of the eyewitness material that only a really assiduous resident journalist could collect, this book is essential reading for anyone interested in the Spanish Civil War.