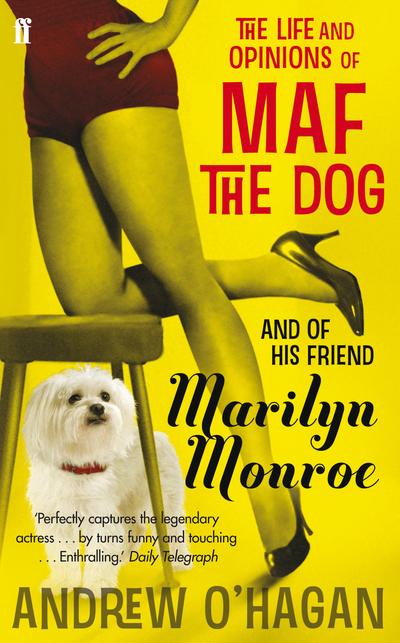 The Life and Opinions of Maf the Dog, and of his friend Marilyn Monroe

An utterly unique take on the most extraordinary period of the twentieth century, from one of Britain's most exciting literary writers. In November 1960, Frank Sinatra gave Marilyn Monroe a dog. His name was Maf. He had an instinct for the twentieth century. For politics. For psychoanalysis. For literature. For interior decoration. This is his story. Maf the dog was with Marilyn for the last two years of her life. Not only a picaresque hero himself, he was also a scholar of the adventuring rogue in literature and art, witnessing the rise of America's new liberalism, civil rights, the space race, the New York critics, and was Marilyn Monroe's constant companion. Maf was very much a real historical figure, with his license and photographs sold at auction along with Marilyn's other person affects. Through his eyes we get an insight into the life of Monroe herself, and a fascinating new angle on the most talked-about decade of recent times.