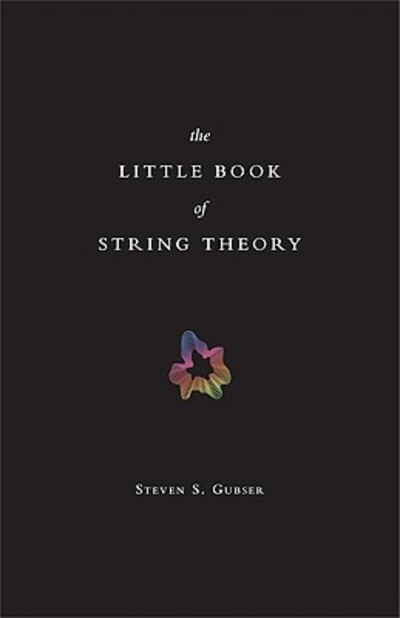 The Little Book of String Theory

The Little Book of String Theory offers a short, accessible, and entertaining introduction to one of the most talked-about areas of physics today. String theory has been called the "theory of everything." It seeks to describe all the fundamental forces of nature. It encompasses gravity and quantum mechanics in one unifying theory. But it is unproven and fraught with controversy. After reading this book, you'll be able to draw your own conclusions about string theory. Steve Gubser begins by explaining Einstein's famous equation E = mc2 , quantum mechanics, and black holes. He then gives readers a crash course in string theory and the core ideas behind it. In plain English and with a minimum of mathematics, Gubser covers strings, branes, string dualities, extra dimensions, curved spacetime, quantum fluctuations, symmetry, and supersymmetry. He describes efforts to link string theory to experimental physics and uses analogies that nonscientists can understand. How does Chopin's Fantasie-Impromptu relate to quantum mechanics? What would it be like to fall into a black hole? Why is dancing a waltz similar to contemplating a string duality? Find out in the pages of this book. The Little Book of String Theory is the essential, most up-to-date beginner's guide to this elegant, multidimensional field of physics.