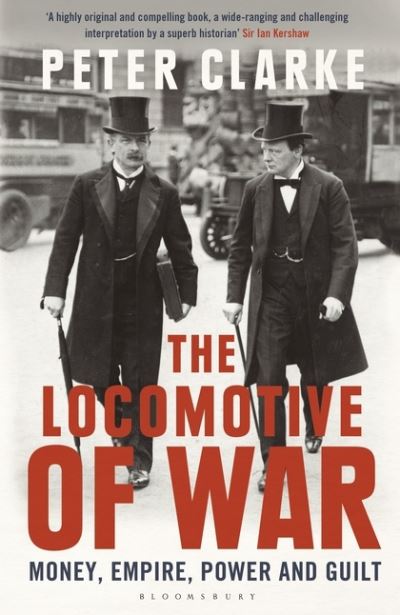 The Locomotive of War

A Times Literary Supplement Book of the Year for 2017 'War, comrades,' declared Trotsky, 'is a great locomotive of history.' He was thought to be acknowledging the opportunity the First World War had offered the Bolsheviks to seize power in Russia in 1917. Twentieth-century warfare, based on new technologies and mass armies, certainly saw the locomotive power of war geared up to an unprecedented level. Peter Clarke explores the crucial ways in which war can be seen as a prime mover of history in the twentieth century through the eyes of five major figures. In Britain two wartime prime ministers - first David Lloyd George, later Winston Churchill - found their careers made and unmade by the unprecedented challenges they faced. In the United States, two presidents elected in peacetime - Woodrow Wilson and Franklin Roosevelt - likewise found that war drastically changed their agenda. And it was through the experience of war that the economic ideas of John Maynard Keynes were shaped and came to exert wide influence. When the United States entered the First World War in 1917, President Wilson famously declared: 'The world must be made safe for democracy.' This liberal prospectus was to be tested in the subsequent peace treaty, one that was to be bitterly remembered by Germans for its 'war guilt clause'. But both in the making of the war and the making of the peace the issue of guilt did not suddenly materialise out of thin air. As Clarke's narrative shows, it was an integral component of the Anglo-American liberal tradition. The Locomotive of War is a forensic and punctilious examination of both the interplay between key figures in the context of the unprecedented all-out wars of 1914-18 and 1939-45 and the broader dynamics of history in this extraordinary period. Deeply revealing and insightful, it is history of the highest calibre.