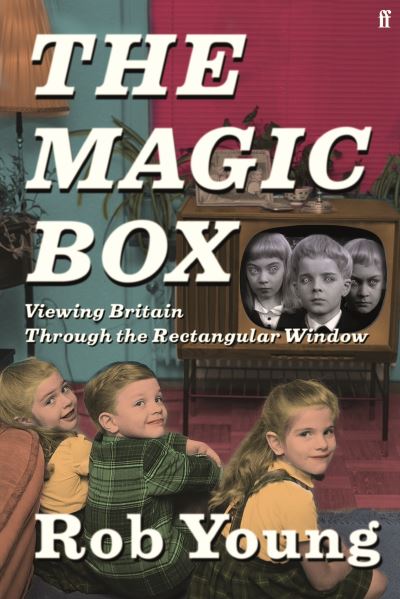 A riveting journey into the psyche of Britain through its golden age of television and film; a cross-genre feast of moving pictures, from classics to occult hidden gems, The Magic Box is the nation's visual self-portrait in technicolour detail. 'The definition of gripping. Truly, a trove of wyrd treasures.' BENJAMIN MYERS 'A feat of argument, description and affection.' FINANCIAL TIMES 'Highly entertaining . . . [A] fabulous treasure trove.' SCOTSMAN 'Young is a phenomonal scholar.' OBSERVER Growing up in the 1970s, Rob Young's main storyteller was the wooden box with the glass window in the corner of the family living room, otherwise known as the TV set. Before the age of DVDs and Blu-ray discs, YouTube and commercial streaming services, watching television was a vastly different experience. You switched on, you sat back and you watched. There was no pause or fast-forward button. The cross-genre feast of moving pictures produced in Britain between the late 1950s and late 1980s - from Quatermass and Tom Jones to The Wicker Man and Brideshead Revisited, from A Canterbury Tale and The Go-Between to Bagpuss and Children of the Stones, and from John Betjeman's travelogues to ghost stories at Christmas - contributed to a national conversation and collective memory. British-made sci-fi, folk horror, period drama and televisual grand tours played out tensions between the past and the present, dramatised the fractures and injustices in society and acted as a portal for magical and ghostly visions. In The Magic Box, Rob Young takes us on a fascinating journey into this influential golden age of screen and discovers what it reveals about the nature and character of Britain, its uncategorisable people and buried histories - and how its presence can still be felt on screen in the twenty-first century.