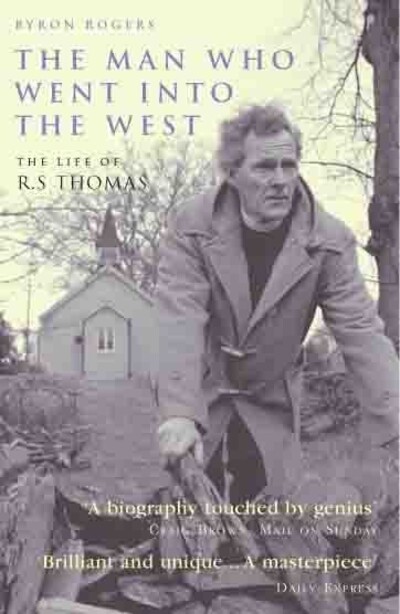 The Man Who Went Into the West

Byron Rogers' biography of Wales' s national poet and vicar, R.S. Thomas has been hailed as a ' masterpiece' , even as a work of ' genius' , by reviewers from Craig Brown to the Archbishop of Canterbury.

Within someone considered a wintry, austere and unsociable curmudgeon, Rogers has unearthed an extremely funny story - ' riotously' so, in Rowan Williams' words.

Thomas is widely considered as one of the twentieth-century' s greatest English language poets. His bitter yet beautiful collections on Wales, its landscape, people and identity, reflect a life of political and spiritual asceticism. Indeed, Thomas is a man who banned vacuum cleaners from his house on grounds of noise, whose first act on moving into an ancient cottage was to rip out the central heating, and whose attempts to seek out more authentically Welsh parishes only brought him more into contact with loud English holidaymakers.

To Thomas' s many admirers this will be a surprising, sometimes shocking, but at last humanising portrait of someone who wrote truly metaphysical poetry.