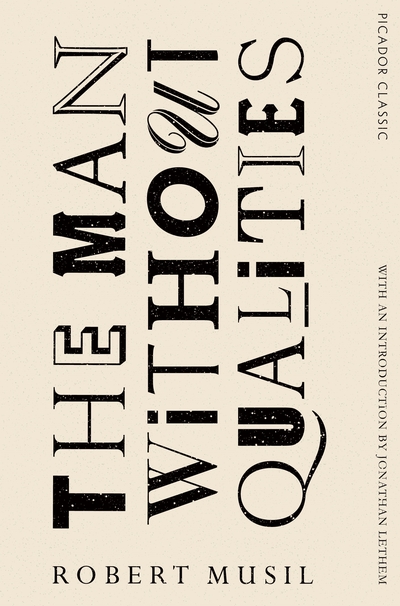 The Man Without Qualities

With an introduction by Jonathan Lethem

It is 1913, and Viennese high society is determined to find an appropriate way of celebrating the seventieth jubilee of the accession of Emperor Franz Josef. But as the aristocracy tries to salvage something illustrious out of the collapse of the Austro-Hungarian Empire, the ordinary Viennese world is beginning to show signs of more serious rebellion. Caught in the middle of this social labyrinth is Ulrich: youngish, rich, an ex-soldier, seducer and scientist.

Unable to deceive himself that the jumble of attributes and values that his world has bestowed on him amounts to anything so innate as a 'character', he is effectively a man 'without qualities', a brilliant, detached observer of the spinning, racing society around him. Part satire, part visionary epic, part intellectual tour de force, The Man Without Qualities by Robert Musil is a work of immeasurable importance.