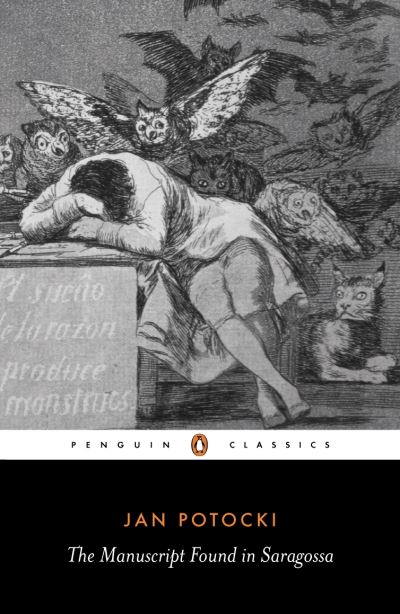 The Manuscript Found in Saragossa

Alphonse, a young Walloon officer, is travelling to join his regiment in Madrid in 1739. But he soon finds himself mysteriously detained at a highway inn in the strange and varied company of thieves, brigands, cabbalists, noblemen, coquettes and gypsies, whose stories he records over sixty-six days. The resulting manuscript is discovered some forty years later in a sealed casket, from which tales of characters transformed through disguise, magic and illusion, of honour and cowardice, of hauntings and seductions, leap forth to create a vibrant polyphony of human voices. Jan Potocki (1761-1812) used a range of literary styles - gothic, picaresque, adventure, pastoral, erotica - in his novel of stories-within-stories, which, like the Decameron and Tales from the Thousand and One Nights, provides entertainment on an epic scale.