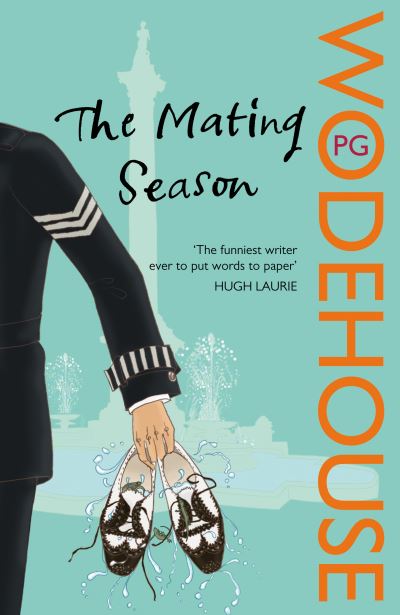 'It's hard to single out one book as the entire Jeeves and Wooster collection is Bach Rescue Remedy in literary form, but this tale of romantic imbroglio is a priceless hoot... Every sentence is a perfectly wrought delight.' Independent

At Deverill Hall, an idyllic Tudor manor in the picture-perfect village of King's Deverill, impostors are in the air. The prime example is man-about-town Bertie Wooster, doing a good turn to Gussie Fink-Nottle by impersonating him while he enjoys fourteen days away from society after being caught taking an unscheduled dip in the fountains of Trafalgar Square. Bertie is of course one of nature's gentlemen, but the stakes are high: if all is revealed, there's a danger that Gussie's simpering fiancee Madeline may turn her wide eyes on Bertie instead.

It's a brilliant plan - until Gussie himself turns up, imitating Bertram Wooster. After that, only the massive brain of Jeeves (himself in disguise) can set things right.