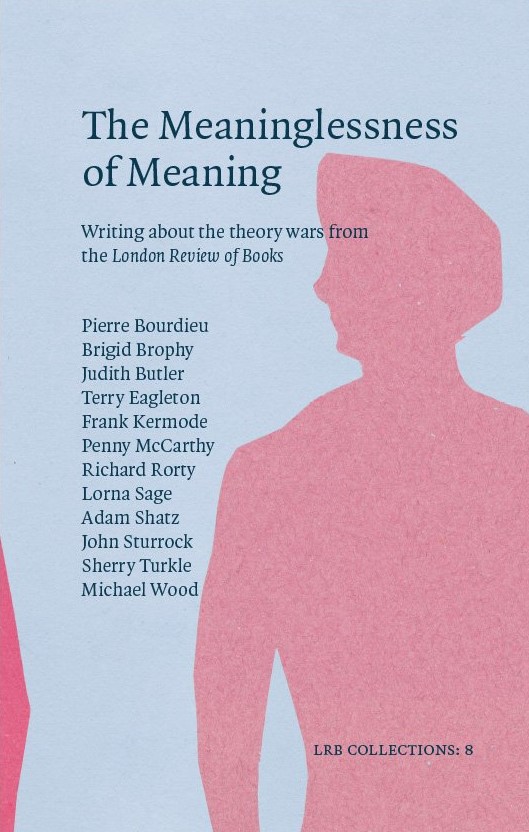 The Meaninglessness of Meaning

Writing about the theory wars from the London Review of Books

‘Shall I batter the cat, and then stew
it, thus turning the cru to the cuit?
And when I am had up for cru-
elty, plead it was only écrit?’
– Penny McCarthy

Theory is its own language, requiring an act of translation on the critic’s part. The challenge of writing about it is to respect its ‘rhetorical high wire’ while at the same time bringing it back to earth, so that its claims can be appraised in more plainspoken prose. The writers in this book rise to the challenge with aplomb, and the result is a compact, perceptive and highly entertaining history of theory, featuring vivid, revealing portraits of some of its key figures, and illuminating accounts of its crises. For theory’s destiny, like that of any secular faith, was to travel, and be transformed along the way. It ultimately became institutionalised in American universities, where radical ideas go to die. But before that happened, it had the power to detonate intellectual strife. This volume helps us to recall a moment when theory was exciting, disruptive, even a little dangerous.