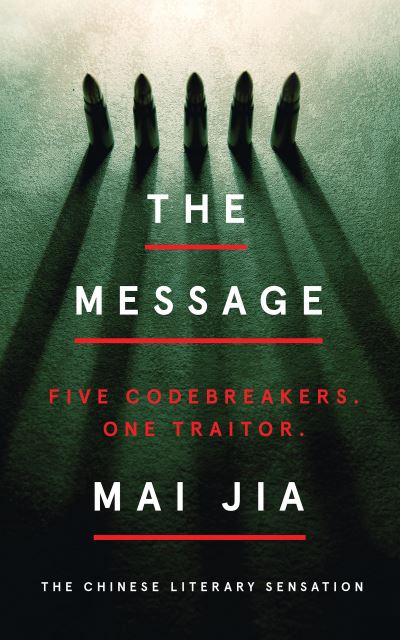 A dazzling literary thriller set in Japan-occupied China from the most translated Chinese novelist of our time. China, 1941.At the height of the Second World War, Japan rules over China. In Hangzhou, a puppet government propped up by the Japanese wages an underground war against the Communist resistance.Late one night, five intelligence officers, employed as codebreakers by the regime, are escorted to an isolated mansion outside the city. The secret police are certain that one of them is a communist spy. None of them is leaving until the traitor is unmasked.It should be a straightforward case of sifting truth from lies. But as each codebreaker spins a story that proves their innocence, what really happened is called into question again and again.Praise for Mai Jia: 'A spy novel on a grand scale in which nothing is as it seems' The Times on The Message
'Jia's playful mix of tradecraft, puzzle-solving and human folly brings an original twist to the spy fiction canon' Sunday Times on The Message
'A page-turner with a gripping plot, otherworldy aura, and flamboyant detail' New York Times on Decoded
'A mix of spy thriller, historical saga and mathematical puzzle that coheres into a powerful whole' Financial Times on Decoded
'A literary superstar' Telegraph