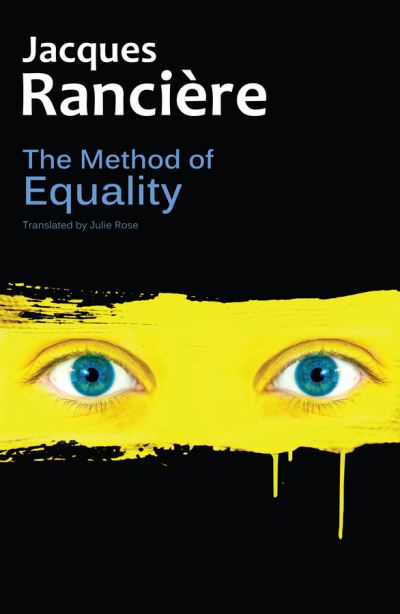 The Method of Equality

The point is to get away from questions of origin, to forget about where a theory or a form of knowledge or politics come from originally, and to define instead scenes where we can see things play out, with the idea that the origin itself is a kind of scene : this is how Jacques Ranciere defines his intellectual project. In this long conversation with Laurent Jeanpierre and Dork Zabunyan, Ranciere demonstrates the richness and fruitfulness of this approach, never yielding to the temptation of linearity or causality, bringing out scenes, instances, that together form an intellectual project. The development of Ranciere s philosophical work, from his formative years through the political and methodological break with Louis Althusser and the lessons of May 68, is documented here, as are the confrontations with other thinkers, the controversies and occasional misunderstandings. So too is the unity of his work and the distinctive style of his thinking, despite the frequent disconnect between politics and aesthetics and the subterranean movement between categories and works. Lastly one sees his view of our age, and of our age s many different and competing realities. What we gain in the end is a rich and multi-layered portrait of a life and a body of thought dedicated to the exercise of philosophy and to the emergence of possible new worlds.