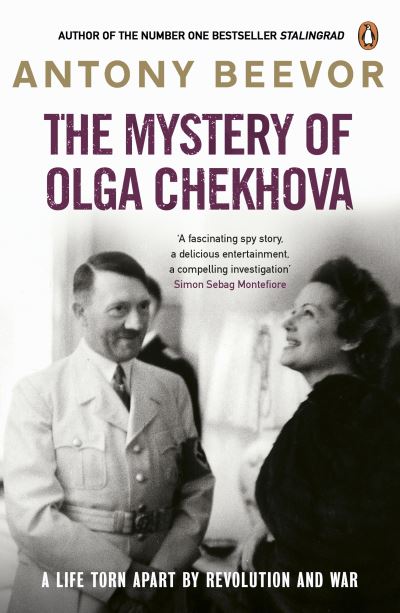 The Mystery of Olga Chekhova

Olga Chekhova was the niece of playwright Anton Chekhov and a stunning Russian beauty. She was also a famous Nazi-era film actress, closely associated with Adolf Hitler.

After fleeing Bolshevik Moscow for Berlin in 1920, she was recruited by her composer brother Lev to work for Soviet intelligence. In return, her family were allowed to join her. Several of them were trapped in Berlin as the Red Army approached in 1945. As Olga had appeared in photographs with Hitler his entourage, the rest of her family in Moscow were waiting to be arrested by the NKVD secret police.

Based largely on new material, Antony Beevor has pieced together a breathtaking story of a family surviving through the Russian Revolution, the Civil War, the rise of Hitler and Stalin, and the Nazi invasion of the Soviet Union.