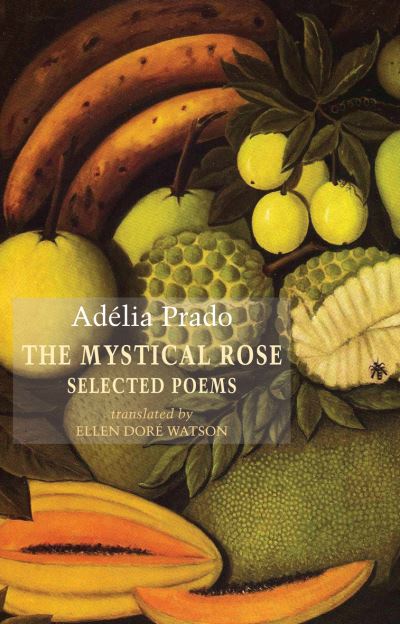 Adelia Prado was "discovered" she was nearly 40 by Brazil's foremost modern poet, Carlos Drummond de Andrade, who was astonished to read her 'phenomenal' poems, launching her literary career with his announcement that St Francis was dictating verses to a housewife in the provincial backwater of Minas Gerais. Psychiatrists in droves made the pilgrimage to Divinopolis to delve into the psyche of this devout Catholic who wrote startlingly pungent poems of and from the body; they were politely served coffee and sent back to the city. After publishing her first collection, Baggage, in 1976, she went on to become one of Brazil's best-loved poets, awarded the Griffin Lifetime Achievement Award in 2014. Adelia Prado's poetry combines passion and intelligence, wit and instinct. Her poems are about human concerns, especially those of women, about living in one's body and out of it, about the physical but also the spiritual and the imaginative life; about living in two worlds simultaneously: the spiritual and the material. She also writes about ordinary matters, insisting that the human experience is both mystical and carnal. For her these are not contradictory: 'It's the soul that's erotic,' she writes. 'Sometimes other poets and critics analyse my writing, and they've said how, even though the text is made of colloquial and everyday language, the work goes to transcendental issues. I don't know, I don't explain things; I simply do what I do. I only know how to write about concrete, immediate and commonplace things. But these commonplace things show me their metaphysical nature. I can only see the metaphysical, the divine, through the concrete and the human.'