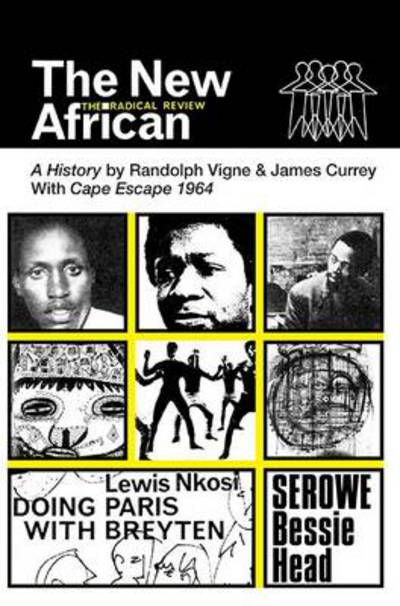 The New African: A History

The New African was first published in 1962 and survived in Cape Town and in London for 53 issues, (www.disa.ukzn.ac.za/newafrican). The radical monthly introduced to South Africa new writers such as Bessie Head, Lewis Nkosi, Ngugi, Can Themba, Dennis Brutus, Andre Brink and Masizi Kunene alongside established writers like Nadine Gordimer, Dan Jacobson and Alan Paton. It was 'a magazine aimed at opening up debate and spreading the word about the new Africa' in the heady years of African independence. The New African was founded to tell people about this new Africa, a newly born concept to analyse, report on and rejoice in. It also looked ahead to the ultimate collapse of white-racial supremacy and the dawn of non-racial democracies. The journal soon attracted the attention of the South African state and its Special Branch as recorded in a leader: "On 9 March 1964 policemen from the Cape Town security police HQ raided the offices of The New African...The entire contents was removed. from a locked filing cabinet, carried by four (black) constables, to a handful of rubber stamps carried by one (white) constable.' The editors were soon forced to flee, and printing restarted in London and copies were smuggled back to South Africa. The second half of the book Cape Escape is an account, thrilling enough for a film, of how James Currey by leaping from a Norwegian freighter in Cape Town docks enabled Randolph Vigne the clandestine editor of The New African to escape to Canada.