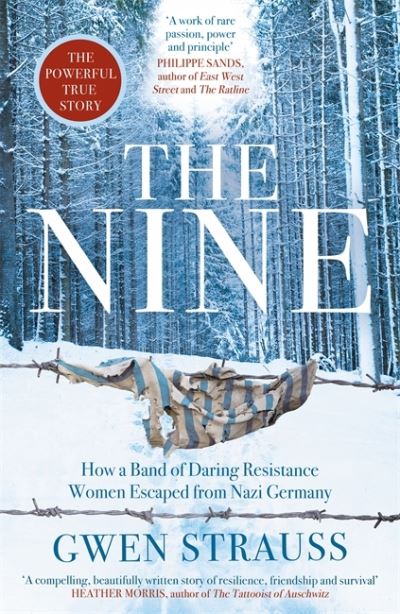 'A compelling, beautifully written story of resilience, friendship and survival.' Heather Morris, author of The Tattooist of Auschwitz The thrilling story of how nine young women, captured by the Nazis for being part of the Resistance, launched a breathtakingly bold escape and found their way home. As the Second World War raged across Europe, and the Nazi regime tightened its reign of horror and oppression, nine women, some still in their teens, joined the French and Dutch Resistance. Caught out in heroic acts against the brutal occupiers, they were each tortured and sent east into Greater Germany to a concentration camp, where they formed a powerful friendship. In 1945, as the war turned against Hitler, they were forced on a Death March, facing starvation and almost certain death. Determined to survive, they made a bid for freedom, and so began one of the most breathtaking tales of escape and resilience of the Second World War. The author is the great-niece of one of the nine, and she interweaves their gripping flight across war-torn Europe with her own detective work, uncovering the heart-stopping escape and survival of these heroes who fought fearlessly against Nazi Germany and lived to tell the tale. --------- 'A truly extraordinary tale, beautifully written, one that chills and excites, [A] work of rare passion, power and principle' Philippe Sands, author of East-West Street and The Ratline 'Utterly gripping' Anna Sebba author of Les Parisiennes 'The Nine is poignant, powerful, and shattering, distilling the horror of the Holocaust through the lens of nine unforgettable women...' Kate Quinn, New York Times bestselling author of The Rose Code and The Alice Network