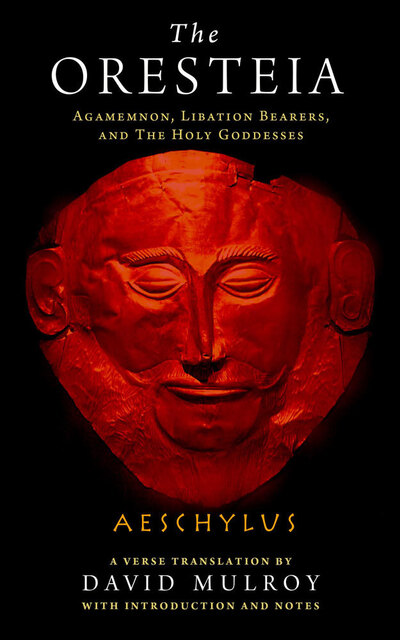 First presented in the spring of 458 B.C.E. at the festival of Dionysus in Athens, Aeschylus' trilogy Oresteia won the first prize. Comprised of three plays-Agamemnon, Libation Bearers, and The Furies-it is the only surviving example of the ancient trilogy form for Greek tragedies.

This drama of the House of Atreus catches everyone in a bloody net. Queen Clytaemestra of Argos murders her husband Agamemnon. Their son Orestes avenges his father by killing his mother. The Furies, hideous deities who punish the murder of blood kin, pursue Orestes. Into this horrific cycle steps Athena, goddess of wisdom, who establishes the rule of law to replace fatal vengeance. Orestes is tried in court before a jury of Athenians and found not guilty. Athena transforms the Furies into benevolent goddesses and extols the virtue of mercy.

An important historical document as well as gripping entertainment, the Oresteia conveys beliefs and values of the ancient Athenians as they established the world's first great democracy. Aeschylus (525/4-456/5 B.C.E.) was the first of the three great tragic dramatists of ancient Greece, forerunner of Sophocles and Euripides. In this trilogy he created a new dramatic form with characters and plot, infused with spellbinding emotion. David Mulroy's fluid, accessible English translation with its rhyming choral songs does full justice to the meaning and theatricality of the ancient Greek. In an introduction and appendixes, he provides cultural background for modern readers, actors, and students.