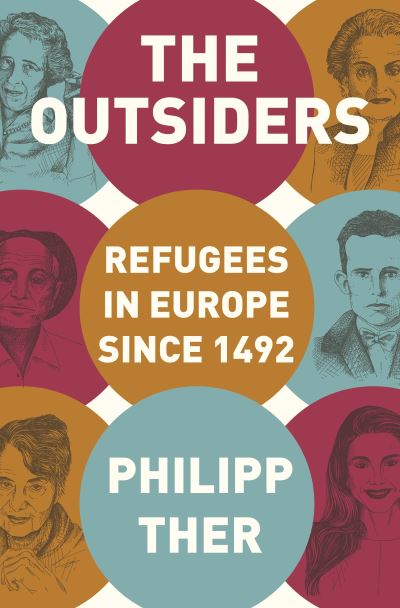 The history of Europe as a continent of refugees

European history has been permeated with refugees. The Outsiders chronicles every major refugee movement since 1492, when the Catholic rulers of Spain set in motion the first mass flight and expulsion in modern European history. Philipp Ther provides needed perspective on today's "refugee crisis," demonstrating how Europe has taken in far greater numbers of refugees in earlier periods of its history, in wartime as well as peacetime. His sweeping narrative crosses the Mediterranean and the Atlantic, taking readers from the Middle East to the shores of America.

In this compelling book, Ther examines the major causes of mass flight, from religious intolerance and ethnic cleansing to political persecution and war. He describes the perils and traumas of flight and explains why refugees and asylum seekers have been welcomed in some periods-such as during the Cold War-and why they are rejected in times such as our own. He also examines the afterlives of the refugees in the receiving countries, which almost always benefited from admitting them. Tracing the lengthy routes of the refugees, he reconceptualizes Europe as a unit of geography and historiography. Turning to the history of refugees in the United States, Ther also discusses the anti-refugee politics of the Trump administration, explaining why they are un-American and bad for the country.

By setting mass flight against fifteen biographical case studies, and drawing on his subjects' experiences, itineraries, and personal convictions, Ther puts a human face on a global phenomenon that concerns all of us.